Frontaer is an evolving motorcycle brand. We may earn affiliate fees on some pages of this site. Read more.

Ryan Dungey is a well-known competitive dirt bike rider who rose to fame in the motocross and supercross scene years ago.

What happened to Ryan? Well, today he’s still looking to get back into racing after a brief retirement. He’s been doing a lot of practice recently and enjoying his freetime.

Frontaer is providing an insightful guide about this life of this MX and SX legend.

A lot can be said about a man who really pushes the limit, especially in a world where hiding behind the cell phone has become the new normal. We’re becoming complacent and watching others be successful.

In Ryan’s case, he’s inspired thousands of young riders to get out there and push themselves beyond the comfort zone. Because life is better lived behind the handlebars.

Ryan essentially grew up riding every single weekend. He loved nothing more than riding his dirt bike on the MX track and with his parents support, his passion certainly paid off.

By the age of 16, he was already on a professional contract and on his first riding team after winning the Loretta Lynn’s Amateur Championship. That certainly got the attention of some sponsors.

Ryan Dungey is known for his crazy accomplishments in his racing career. From 2006 to 2017 he certainly put in the hard yards to achieve mastery behind the throttle.

With 450+ overall wins under his belt, it’s fair to say that’s he’s absolutely done the work. A weapon behind the handlebars would certainly be an understatement here!

Case in point: From 2009 to 2017, he only finished twice outside the top 10 on the leaderboard, often due to injuries or engine problems. That’s a man who is seriously committed.

What Happened to Ryan Dungey?

Ryan has been enjoying his retirement after finishing the 2017 season through recreational riding and travelling, however, he’s looking to make a comeback in 2021 and race again professionally. He’s still around but isn’t receiving as much media attention as he did 10 years ago.

Coming out of retirement is no small feat. Very few, if any, riders ever come back from their former glory days. Why? It’s the next generation of riders who are lighter and have incredible attention spans which can dominate the leaderboard.

Ryan has inspired a generation of riders to go the extra mile. While the world has its fair share of couch potatoes, Ryan has certainly pushed himself to incredible heights and lengths to simply win.

That has the respect of us and the entire dirt biking community. If he doesn’t quite make his comeback into motocross, it wouldn’t surprise us to see him entering the Dakar Rally. 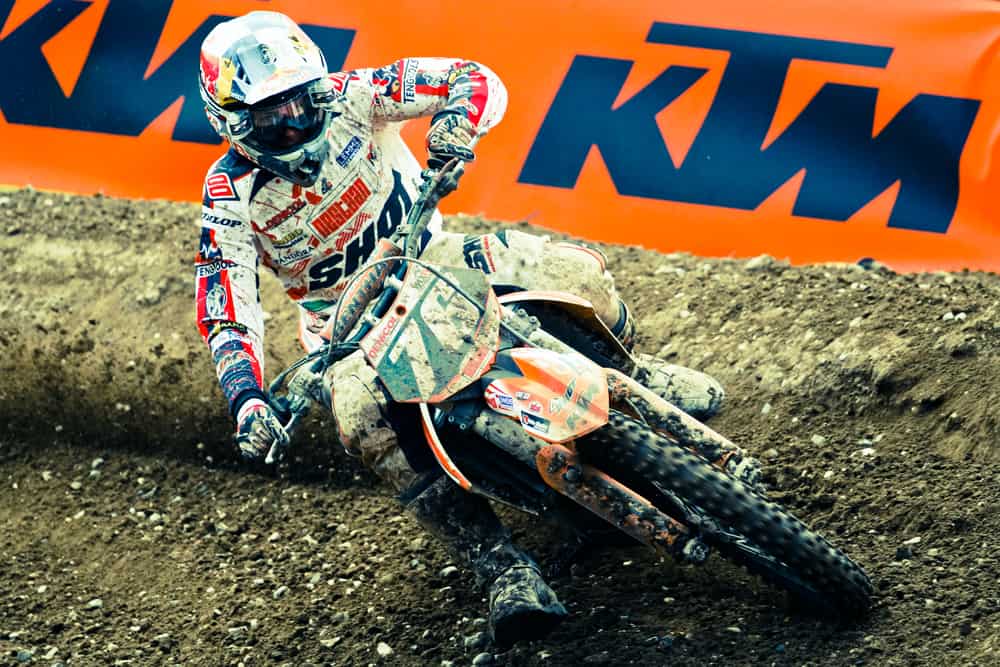 Stefan Everts is a very well known professional MX competitor from Belgium, but not much is known in the western world.

In this guide, Frontaer did some research to see his current status with Malaria and Amputation.

Stefan practically was born to ride dirt bikes and by the age of 4, was already whizzing around on the equilavent of a PeeWee 50. Throughout his childhood and teenage years, his parents encouraged him to pursue his passion on 2 wheels.

Instead of school books, he opted for the race track and it certainly paid off. When others were finishing off school, he was already in the 125cc world championships with his debut at age 17. It only took 2 years of consistently hard work for him to secure his first title.

In the years to come, he would end up collecting numerous World Championship titles on his trusty 2-stroke dirt bikes. Instead of being the aggressive rider, he was smooth throughout his throttle and clutch control, with his riding being very much free-flowing.

He soon garned a reputation for his unique style of riding smoothly on the track. While most riders would rev it hard throughout each gear, Everts went high in the gearbox and would choose the higher gears and a standing position…even in the tight corners. Essentially, he was riding smarter instead of harder.

Stefan achieved a lot in his 16 years riding competitively. Up until 2006 when he finished racing, he had worked his way in with several times including Kawasaki, Honda and Suzuki. Towards the end of his riding career, he remained loyal to KTM.

Upon ‘retiring’, he turn became the motocross race director for KTM’s factory team. Its in this position that he was able to turn his attention towards helping the next generation of riders become a weapon behind the handlebars.

Yet he continued to race competitively and turned his attention towards enduro. He competed at the Gotland Enduro competition (the biggest enduro in the world) twice, once in 2007 where his engine suffered issues due to mud, and again in 2008 when he crashed towards the race and couldn’t finish.

As you’ve probably heard, Stefan Everts has had some toes amputated due to catching a serious case of Malaria 2018, years after finishing his riding career.

Most riders continue to ride recreationally after retiring from competitive motocross and enduro. We can imagine this was not just heart-breaking for him, but a true scare for his family….especially as he had to go into a coma.

Fortunate, we have checked his Instagram mately and he’s alive and well. He’s spending a lot of time coaching his son to become a weapon behind the handlebars.

Stefan inspired a generation of riders to push past their existing limits, while encouraging the spectators to get into recreational dirt bike riding. It’s not often that we find someone willing to push himself beyond the edge, especially in the world of cotton wool.

Martin Michek is a European Champion in the enduro EMX open class and has recently started his career in Dakar.

That experience behind the handlebars in the motocross field has certainly paid off. He managed to finish the 2020 race in 23rd position which certainly isn’t to be scoffed at.

Being from Europe, not much is known about this seriously skilled compeititor. Frontaer has done some research to bring you the facts.

Martin started riding dirt bikes from the moment he was out of the diapers. With clearly a love for the sport, he developed his skills over many years and won numerous competitions as a teenager. From here, he was quickly into the professional enduro competitions.

For many years he competed across Europe in the closed-circuit racing scenes. It’s only recently that he’s had a change of pace…and a serious increase in his top speed too. He has set his sights on finding himself on the podium rankings at Dakar in this decade.

Certainly the experience on the race tracks will come in handy for the dessert sands.

The Reality of Dakar

Dakar is gruelling and the very fact that compeitors sign up for this is worth commending. While everyone else hides at home, only a few brave souls are able to finish the rally each year.

Some succumb to breakdowns or injuries, and Martin Michek is no stranger to injuries. He’s certainly broken a few body parts in his years of competitive enduro racing, but it’s been worth the struggle.

What we really look forward to seeing is this man continue on this journey. We’re sure he’s perfectly positioned to take a final podium position in this decade, or at the very least, a stage win. Armed with a KTM 450 Rally Replica, we definitely see some potential here, so watch this space. 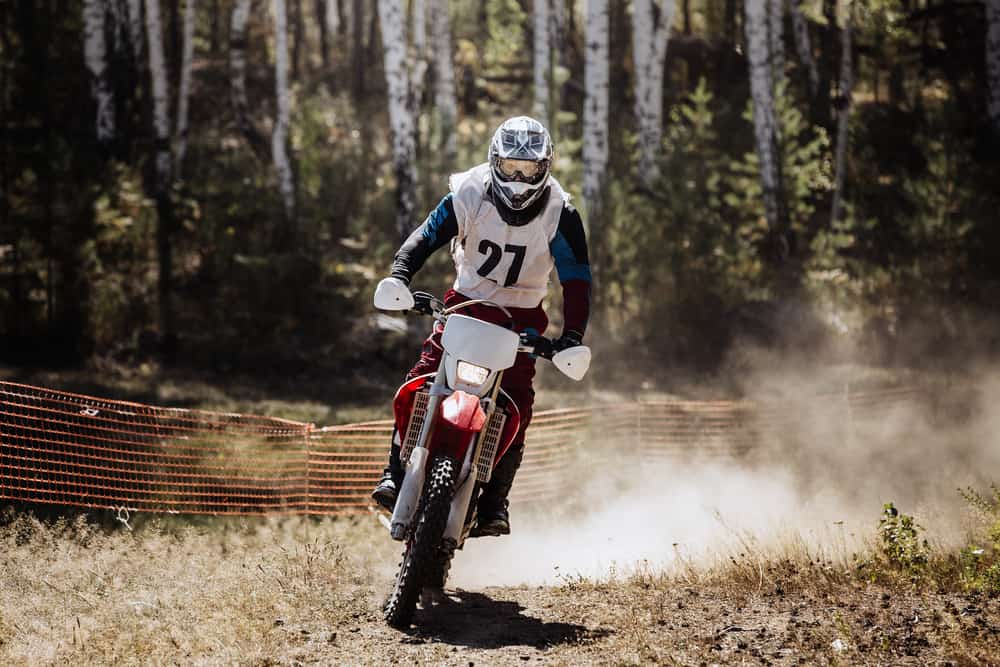 Essentially, the differences are:

Supercross riders compete in a stadium at slower speeds while doing stuntwork as part of their race, while enduro riders compete at higher speeds over numerous miles, with spectators spread out. An enduro event may only be singular, while supercross events may be part of a seasonal race calendar where competitors compete at a number of race tracks each weekend.

There are clear and distinct differences between these two forms of riding, yet some similarities too. We’ll cover both the shared characteristics and unique points of differences here.

There are some obvious things which makes these two types of competitive racing similar:

That’s on the generic side of things. They are some of the same ideals but are quite different.

This is most likely what you’re looking for. What makes them unique?

Well, the diferences between enduro and supercross are that:

There is a difference in the demographics too. Those racing in supercross events are generally 15 to 30, while enduro racing competitors are often 25 to 45.

Both ride dirt bikes but supercross bikes are small and are designed for torque, aggressive cornering and jumping over tabletops on the track. Enduro riders have bigger bore motorcycles which are designed for higher speeds and gnarly conditions with many more miles to cover.

The younger crowd prefers supercross while the older folk (competitors and spectators alike) much prefer the enduro racing scene. 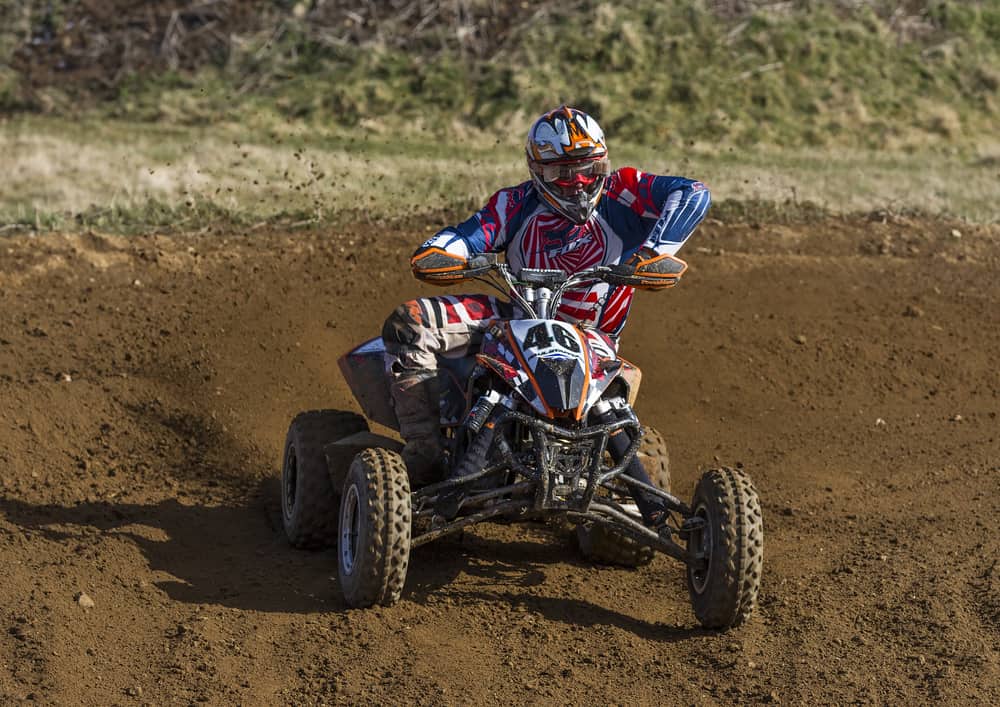 Zdenek Tuma is a legend on a quad bike, but many in the dirt bike community don’t know his name, or what he’s achieved.

Frontaer recently did the research to find out more about the life of this epic ATV competitor. Let’s begin.

He is the only Czech rider to be associated with the Barth Racing Team. They missed the Rally in 2019 unfortunately and are trying to make a good comeback.

Zdenek only started racing quad bikes a little over 10 years ago. He didn’t grow up riding on 4 wheels but soon enough, in his adult life, became quite popular in his home country due to a series of finishes and podium wins.

We’re looking at one of the oldest motorcycle racers in the Dakar Rally. Most competitors are in their mid 30’s yet there are some in their 20’s too, including the 2020 winner Ricky Brabec.

What has brought him to the Dakar is his serious of wins in the Czech endurance races, as well as several others in greater Europe and the Middle East. The Ruareg Rallye in Algeria is one such example.

While he’s never finished in the top 10 before, we can see the future years being very promising for this enthusiastic and experienced rider.

Zdenek has effective inspired a generation of riders to get out beyond the depths of YouTube and into actually riding their dirt bike competitively. The has become softer in recent years, and it’s great to see a leading role model inspiring a generation.

For us, we do look forward to seeing Zdenek at least hit a top 10 finish on the leaderboard in this decade. He’s not the oldest rider out there…that’s for sure!